Two teenage girls decided to go for a hike on Monday, February 13, 2017. They never came home again. Abigail Williams, 13 and Liberty German, 14 years of age were found dead the next day, February 14, on a private estate near the trail.They were murdered.

Abby and Libby went hiking on the Monon High Bridge Trail which is only a 10-minute drive from their home in Delphi, Indiana.

The Monon Highbridge Trail is mainly visited by locals but also by tourists. It is an abandoned train track leading through a beautiful landscape and has been made into a hiking trail.

Abby and Libby knew the area and had been there before with family outings. Photography was a hobby of both girls and that was what they wanted to do there on this day off from school. The weather was unusually mild for the time of the year that day and they wanted to be out in nature, walking and taking pictures.

Libby's older sister dropped the girls off at the entrance to the trail at about 1.45 p.m. and it was agreed that Libby's dad would pick them up again after about 1.5 or 2 hours.

On his way to the entrance, the father had called libby to let her know he was on his way but there was no answer and then the phone went to voicemail. When Libby's father arrived at the trail entrance around 3:15 pm, the girls were not there. He called Libby again and again no answer and then the voicemail. He decided to walk up the trail to find out where they were.

Libby and her father lived with her grandparents in Delphi. Her father decided to call Libby's grandmother to ask if she had heard from the girls. It turned out that none of the family had heard of them since they were dropped off at the trail entrance and could not reach them by phone. Various family members went to the trail to look for the girls but they were nowhere to be found.

At 5.30 p.m. after the family could not locate the girls they contacted the Carroll County Sheriff's Department.

A search was started by the authorities with the help of relatives and local residents. An attempt was also made to locate the girls' phones, with no success.

Just before midnight the search was ended by the authorities, it was assumed the girls were not in immediate danger and they would resume the search the next morning. Relatives continued the search until later in the dark night, with no result.

The next morning the authorities resumed the search for Abby and Libby. Around noon, at 12.45 p.m. on February 14, the Delphi Fire Chief announced they had found 2 bodies. 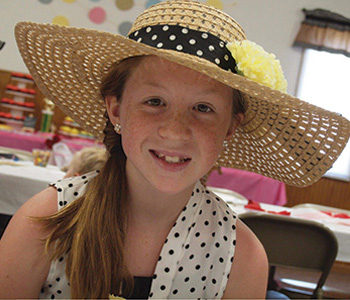 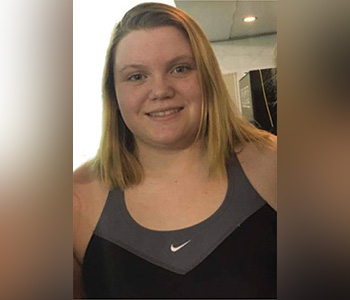 What happened to Abby and Libby

Libby took this snap chat picture of Abby walking the old rail on top of the High Bridge. The photo was taken at 2.07 p.m., at that time everything seemed to be normal. She also made a black and white photo of the bridge that showed nowone else on the bridge yet.

Shortly after 2.07 p.m. everything changed. Libby secretly made a video with sound recording of an unknown man that came after them across the bridge. To go back to the start of the trail, where Libby's father was to pick them up, the girls had to walk back across the bridge. It seems they waited for the man to leave the bridge so they wouldn't have to pass him on the narrow High Bridge. What happened next is a mystery.

Indiana State Police released these photo, video and sound recordings. These are the recordings made with Libby's phone shortly before the kidnapping and murder of the girls.

Despite that, now over 3 years later the suspect has not yet been recognized or reported to the authorities.

Sound recording of the suspect saying to Abby and Libby;

Guys, down the hill

Police sketches of the suspect

POI in the Murder Case

The bodies of Libby and Abby were found about 50 feet from Deer Creek, in the woods on a private estate half a mile east of the bridge on the Monon High Bridge Trail in Carroll County, Indiana.

They had been brutally murdered.